VetRun180 is a Charity that takes physically and mentally injured veterans on challenging expeditions around the world, to re-invoke the sense of adventure and teamwork.  We provide ‘adventure therapy’ and a simple concept has proven itself by the testimonies from the veterans we have helped.  During and after an expedition guys have a more positive mind set and future outlook.

We trained each team before leaving for an expedition gaining a LANTRA off road driving qualification and a first aid at work certificate.  This give everyone the confidence to start the expedition wit the knowledge required and is also transferable to help with employment. 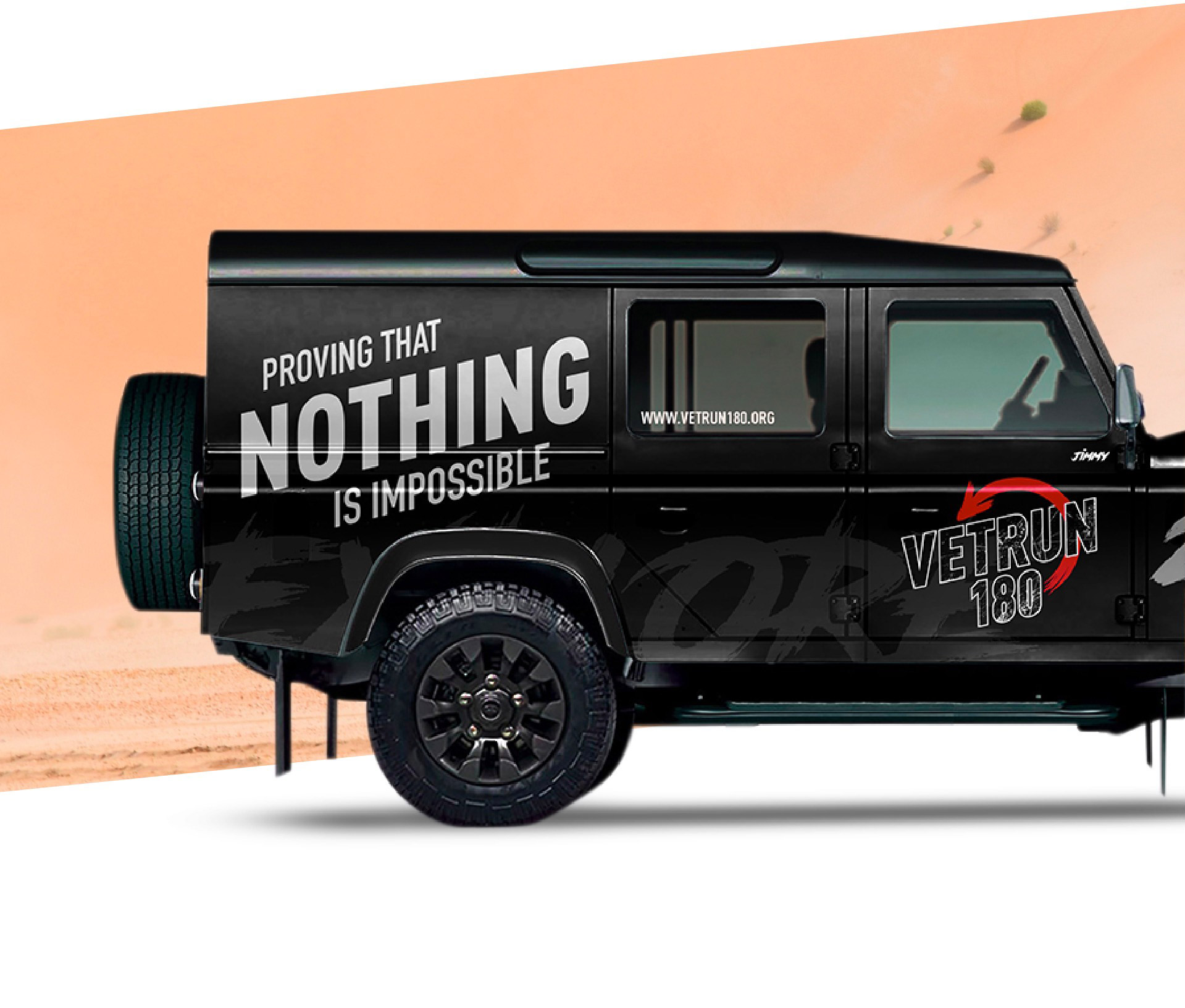 After almost 15 years of service I was medically discharged on the 31st March 2016.
I didn’t realise how quickly a person could literally lose everything imaginable.

My kids, my marriage, my business, bankruptcy, homelessness and my mind.  I was in the worst place possible. Surviving day by day and sometimes trying not to survive.
I saw a post mid September on Facebook for VetRun180 and thought ‘why not?’

Two weeks later I turned up the day before my 37th birthday and was welcomed in to a very familiar group of people…not by looks or names but by the comradeship and comfort around the guys  The safety net.

I didn’t even know what I was going to be doing on this trip to be honest, I just needed to be with these unknown friends, desperate for help.

The trips I have been on have seriously saved me.  The network, the  the shoulder, the ear to bend.

I don’t want to go in to what happens on the trips, join up and find out yourself.  I will say though, take that leap.  The hardest part of doing a marathon is the paperwork, once you’re there you’re there.

It’s the best thing you’ll do and it will start to free your mind. I’ve been lucky enough to be asked to be a team leader so I can give back and help people on their journey to recovery from my experiences with VetRun180.  Team leading on the Galicia expedition was a great milestone for me and I thrived again leading men.  I now help with planning and administration for future expeditions.

I am Matt Abbott, one of the founders of VetRun180.  We are a Charity supporting physically and mentally injured military veterans, by taking them on challenging 4×4 off-road driving expeditions around the world, to aid in their recovery.

I am a former Royal Marines Commando. I joined the marines in 2003 at the height of the war of terror.  My first combat tour was to Iraq in 2004 where I spent 7 months.  In 2006 I deployed to Helmand Province Afghanistan for the first of three very kinetic war fighting tours.

At that time, I was involved is some very hard, close quarter fighting.  Extremely dangerous situations, and unfortunate to have friends injured and killed.  On the 3rd of Feb 2009 during a firefight a rocket hit my left leg ripping off the back of my thigh and most of my calf.

Not a good day at the office for me…

I was evacuated back to the UK and had numerous surgeries to repair the injury, but that wasn’t going to keep my career.  In 2012 I was medically discharged from the Royal Marines.

I thought I was a hard, tough person but when I became a civilian I fought some of the hardest battles I had ever been in, and that was with my own brain.  Flashbacks, nightmares, paranoia, aggression, depression and drinking.  I was suffering with PTSD. I was in denial but everyone around me could see there was something wrong.  I needed help but didn’t want it.  The Royal Marines stepped in and got me some great therapy, which really got me back on track and feeling good again.

It was at this time of my recovery that I was asked to drive across the Sahara Desert in a £500 Citroen Berlingo with a group of veterans.

So I embarked on this crazy trip and after 2 weeks being challenged daily, and being part of a team again, the vets and I spoke about things we would never open up about, even with close friends and family.  I came home a new man.  The fire I used to have inside me had been ignited again and I felt amazing.  I needed to get other veterans feeling how I did after that trip, using a simple concept but one that I knew worked.

A year and a half on since the beginning on VetRun180, we now have a fleet of land Rovers, some with hand controls and adaptions enabling us to take amputees and seriously injured veterans on our expeditions.  Four expeditions have been completed. Northern Portugal, Galicia, the Empty Quarter desert in Oman and last week we completed our first UK expedition across the Yorkshire Moors, dales and the Lake District.

We have helped 40 injured veterans to date and the results have been better than I could have ever expected.  In some cases, we have saved lives…

We are providing ‘adventure therapy’ and it works.  Moving forward we want to continue running expeditions and help as many injured veterans as possible, there are thousands.

Simon William Dedman was born in April 1963 in Bristol,  he married  his wife Julie in June 1987 and they have one son James William Dedman born in 1998.

Simon went to Somerset College of Agriculture where he studied for his National Certificate and then went on to Usk Agricultural College where he  studied Advanced Pig Husbandry and then he went on to run a large pig unit on Salisbury Plain, after which, he went to the Falkland islands as a Shepherd based in Walker Creek and Goose Green in the post war period.

He returned to the Uk to join his wife in running their own company in Yorkshire which was started with a grant from the Princes Trust in 1984 and under their stewardship it grew to be the largest independent laboratory company in the UK. They continued to run and invest in a wide range of companies across the globe as diverse as food factories, snow machine distributors and the manufacture of  ophthalmic surgical equipment.

Simon went on to serve as a local Magistrate in Dewsbury and Leeds for a period of ten years, sitting in both Family and Adult Courts.

Simon has always been passionate about travel With a particular passion for rallies: he has driven 4x4s across the Himalayas to Everest base camp, throughout India,  Australia, Thailand , Malaysia , Vietnam and Cambodia. He was part of the first 4×4 crossing of the Bering Straits driving from Moscow to Uelen across Siberia, Kamchatka  in temperatures at -50 deg c in a Land Rover 110.

Simon has funded several trips around Scotland for veterans suffering from PTSD   and accompanied a 4×4 rally across  the Sahara desert with physically wounded veterans and  veterans suffering from PTSD. While on this expedition he saw how desperate veterans were to get back their sense of pride and achievement within a challenging team environment and he experienced first hand the benefits to these veterans of overland adventure therapy. As a direct result of this, he started VETRUN180 with two Ex-Marines in 2018.

The Dedman family funded the start-up of  www.vetrun180.org   and has provided the charity with funding for the first overland adventures , in addition to a warehouse with  seven fully kitted out  Land Rovers and all the necessary camping equipment from tents to cooking facilities for 24 veterans  participants.

James William Dedman was born on the 25th of March 1998 to Simon and Julie Dedman in Dewsbury, West Yorkshire. In his formative years he attended Silcotes School and then went on to complete his A levels at Vilamoura International School in Portugal.

2014 Was the year James formed a keen interest in International Double Trap Shooting. He competed in his first British Shooting selection at Beverly in East Yorkshire and following the competition his keen interest became a passion. That same year at the age of 16 he competed in a World Cup where he won his first gold medal on the international stage and won a silver medal at the European Championships. With a solid start to Double Trap he won two silver and one gold in the following year. In 2016 he attended 3 more word cups where he won two more silver and one bronze medal. 2017 was a big year for the then 19 year old James; three gold medals in three world cups, a coveted gold at the World Championships, a bronze while  competing  early in the over 21 category, and fourth place at the World Cup final. Over those years James has set two world records, and multiple British and European records.

James inherited his love of travel from his father and so far has visited 86 countries. After shooting in several charitable clay shoots he was dismayed to see how little of the proceeds went directly to veterans in need. He also witnessed how other countries helped, thanked, and respected their ex armed forces. This was discussed with his father in 2018 after Simon had undertaken an expedition experience with veterans. As a result James helped with the Vet Run 180 startup by donating six Landrovers and the warehouse base for the rally equipment, space, and location that Vet Run 180 use before and after their life changing journeys.

The eldest son to parents who met in the shooting team at RAF Cosford in the 60’s. Their postings took them around Europe, the Middle and Far East so Lawrence spent much of his youth surrounded by members of the UK and other NATO forces.

He lives in Cheshire, is married to Kelly and has two daughters, one about to start university to study bio-chemistry and the other has recently started working as an estate agent.

His dream was to follow in the footsteps of his grandfather and join the Army, however injuries meant he was unable and only after 18 months of physio had to settle for serving with 3rd Battalion the Royal Welch Fusiliers as part of the Territorial Army.

Lawrence then began a 30 year accidental accounting career and has worked for multinationals across Europe in various sectors including aerospace, biotechnology, plastics, laboratory testing and most recently with the Dedman family looking after the finances of several UK companies.

His families’ service records inspired him to take a keen interest in military history: His grand uncle earning the DFC but losing his life over Germany whose name is engraved at Runnymede. His grandfather was twice on the beaches in France at both Dunkirk and later Normandy as well as serving with the 8th Army in Tobruk, El Alamein and Monte Cassino, and then volunteered again to serve in Malaya. His father served in Aden and still keeps shrapnel fragments to remind him of his lucky escape from an NLF attack on his foot patrol that killed his fellow serviceman.

He has given talks on First World War history and equipment to schools near his home in Cheshire and has assisted his county council loaning military collections for displays in local museums. In 2019, alongside other local amateur historians, he assisted with a ‘talking history’ event where visitors could ask a Tommy questions about life in the trenches.

Whilst having raised funds for military charities through sponsored events over the years, he feels, like Simon, Matt and James that something more proactive should be done to help repay the debt owed to our former and serving armed forces members, rather than simply funding existing organisations.

The testimonies of the veterans who Vetrun180 has so far been able to help, is proof positive that this charity works.

VetRun180 is made up of four Trustees who all bring different experience and skills to run the Charity. We also have veterans who have benefited from VetRun180 expeditions so much they have stepped up to be team leaders on expeditions. As we grow we want veterans helping veterans. 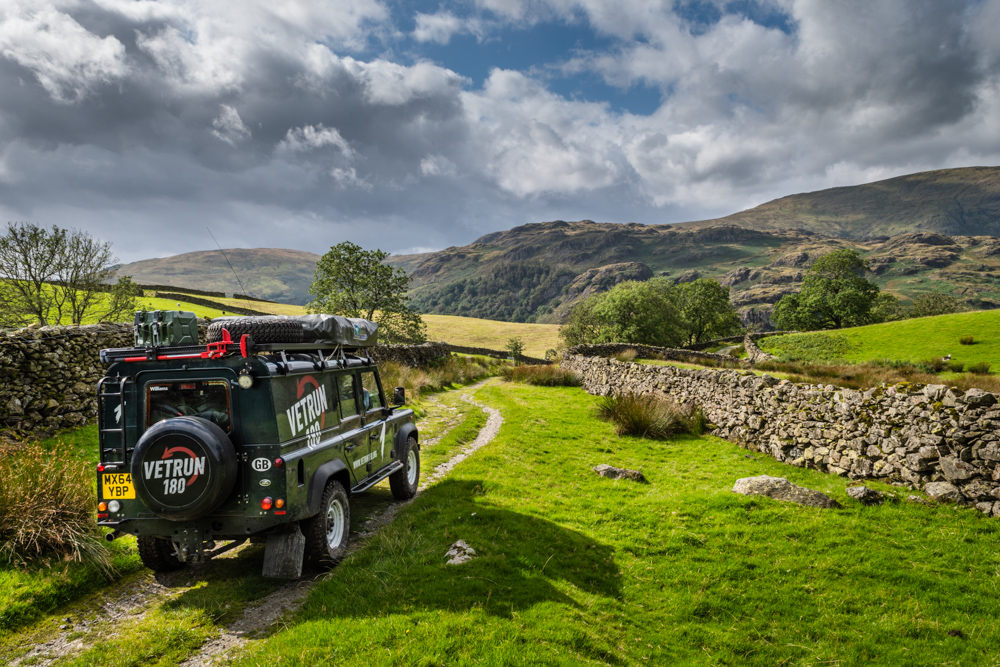 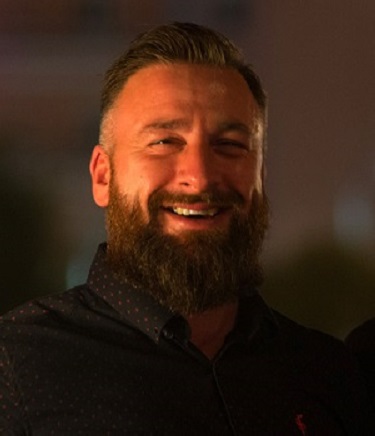 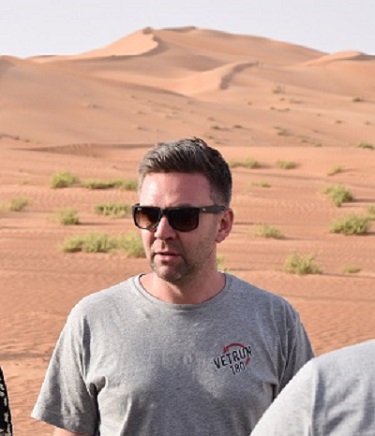 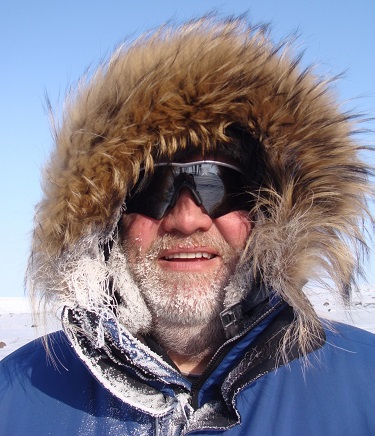 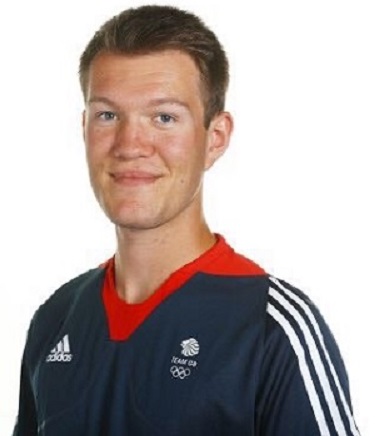 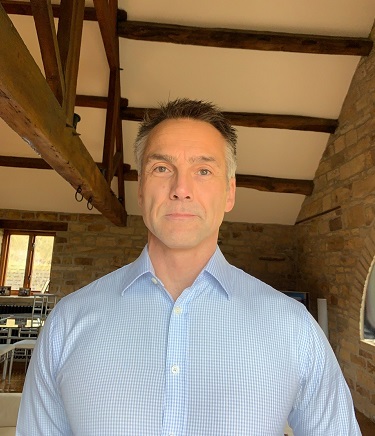