When we decided to venture north to Scotland on a unique overland adventure, we knew we would want to take in some of the country’s famous dramatic and remote locations. Ideas quickly started flowing and it really didn’t take long before planning was in full swing for an off-road operation across the very heart of the Scottish Highlands. An exciting route was formed, and it was agreed that we would travel east coast to west coast, passing through Scotland’s hidden Highland estates.

A team of 13 men, including ex-Royal Marine and ex-British Army personnel, would drive their specially equipped Defender 110s across the whole country, 90 percent of which would be off-road. Of course, in Scotland the ability to wild camp only adds to the sense of adventure and with some of the camps in the UK’s most remote locations the stage was set for a truly memorable expedition. 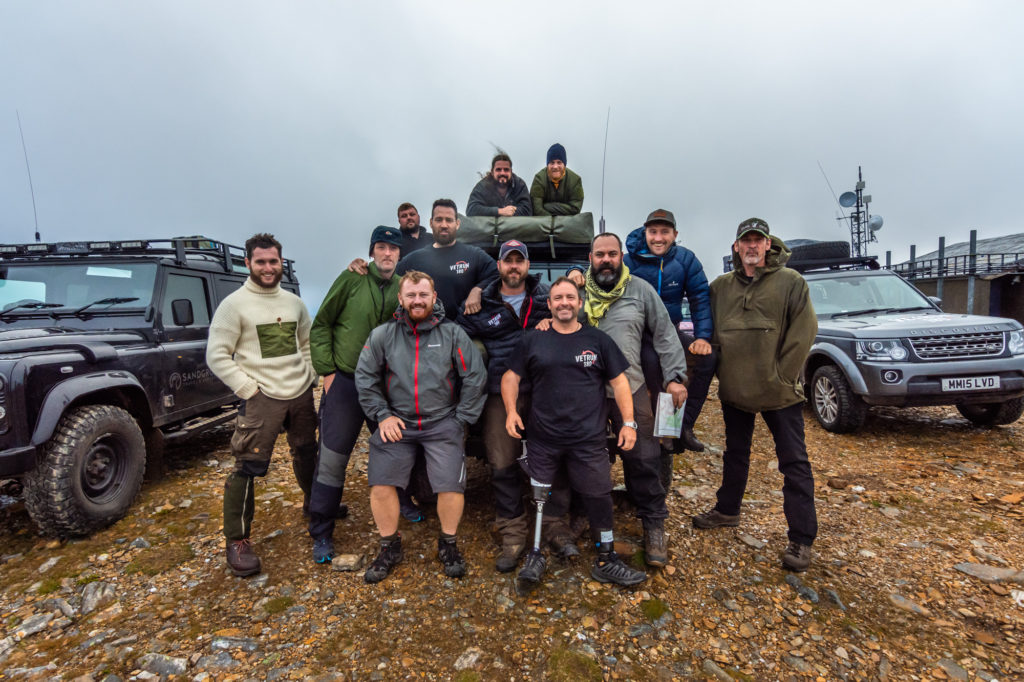 As with all VetRun180 trips, the expedition kicked-off with two days training at Land Rover Experience North Yorkshire in England. Here the teams were put through their paces with a baptism of fire, gaining both LANTRA off-road driving qualifications as well as First Aid at Work.

The official start point for the Scottish exped was from the iconic Dunnottar castle near Stonehaven in Aberdeenshire. This entailed a lengthy road-move north on a Friday evening heading for the border. A gloriously sunny Saturday morning saw the veterans, including their Land Rovers, line up for an official photo whilst being serenaded by a local clan bagpiper! The Commander of Clan Baird even came down to wave us off – Welcome to Scotland!

The following days would see the convoy trundle and bushwhack its way over and through both moorland and forest. The convoy moved right out Royal Deeside towards Braemar, before crossing the mighty Cairngorm mountains and heading out west to an almost fjord-like landscape. Among many others, the charity was fortunate enough to gain access to the Royal family’s private Balmoral estate, crossing infamous challenges such as the ‘Burma Road’, so named for its appalling condition! As the group negotiated back-to-back obstacles, teamwork and military professionalism prevailed, characters came out of their shells, bonds were formed and a sense of camaraderie flourished. The charity’s purpose was clear – ‘therapy through adventure’ – with the understanding that ‘if it doesn’t challenge you it won’t change you’. 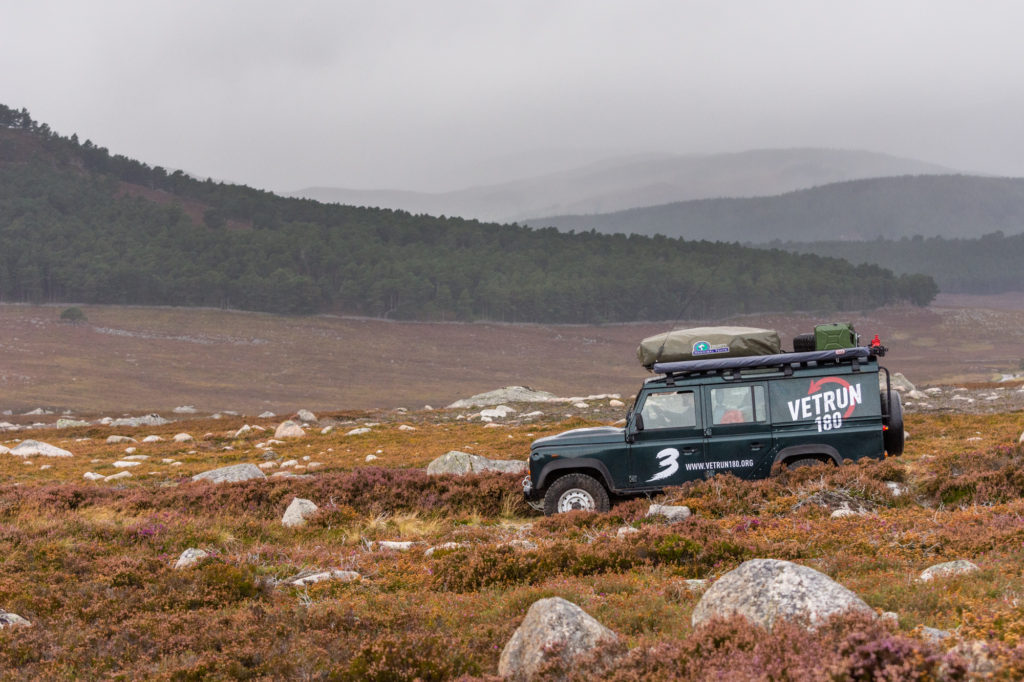 One hugely memorably escapade on the trip came early on, as light was fading. The convoy had just reached its highest point on the route, just short of 3,000 feet south-west of Braemar. The next few kilometres would see the group trailblaze across the mountain following only a compass bearing, before dropping into a remote glen for a wild-camp many thousands of feet below. With light rapidly going and with it any decent visibility, the group had to somehow find the best lines across both rock scree and peat bogs! Almost inevitably, yet incredibly only a few yards short of hard standing, all six Land Rovers became bogged down, just as the light finally went and a rain storm came in sideways. Team work once again prevailed, roles were designated and tow ropes were secured. Several hours later the veterans rolled into camp where once again despite being cold, wet and tired, their indomitable spirit prevailed. Without a murmur of discontent, these veterans mucked in to set up camp, cook a hot meal (egg banjos!), and get the hot brews on before turning in.

The following days would see the group wild camp in remote locations, see incredible Scottish castles and visit one of Britain’s longest rifle ranges. They also visited the site of the famous WW2 Commando Training Centre at Achnacarry before finally arriving at the UK’s most westerly mainland point – Ardnamurchan Lighthouse. A wild and remote place to finish this audacious expedition. A quiet sense of satisfaction was shared by all involved. No fanfares or welcoming committees, just a few exceptional guys around a final campfire on the beach, regaling stories of recent days adventuring. Scotland certainly delivered, exceeding the expectations of all involved in the trip – and with such a wonderful route the guys involved hopefully have taken away memories that will stand the test of time! 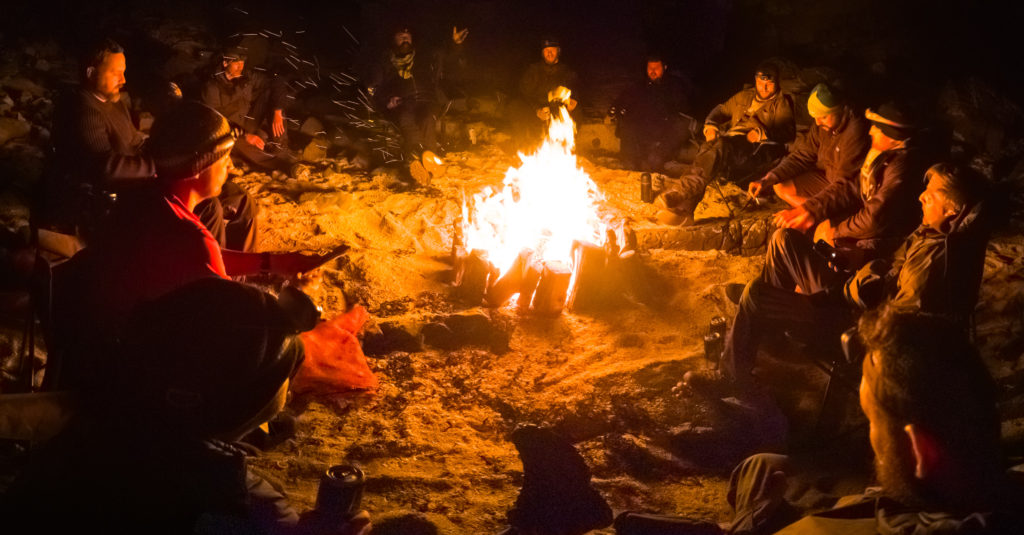 VetRun180 is consistently providing ‘adventure therapy’ to groups of medically discharged UK-forces personnel. Although a simple concept, the charity has already racked up dozens of moving testimonials from UK veterans who have all been greatly helped by the charity’s vital work.

A chat with team member Keiran Rafferty serves to illustrate the point. Raffs to his mates is ex-45 Commando and has completed multiple operational tours of Afghanistan. He was subsequently diagnosed with PTSD and has been helped by the NHS Veterans Support Team since leaving but still has difficulties adjusting to civilian life. He had previously attended a VetRun180 trip to Sweden and found it hugely beneficial so jumped at the chance to attend the Scottish Coast to Coast. The experience of working in a small team and overcoming the challenges thrown up by the trip have helped with his condition and he has made new friends amongst fellow veterans. He told me he could recognise others at different points on their road to recovery and together they operated as an informal self-help group.

The best parts of the military experience, working outdoors as a team and overcoming challenges were all there, but without the bombs and bullets. Fireside chats provided a chance to talk with others who could recount similar experiences and everyone was helped in the process. 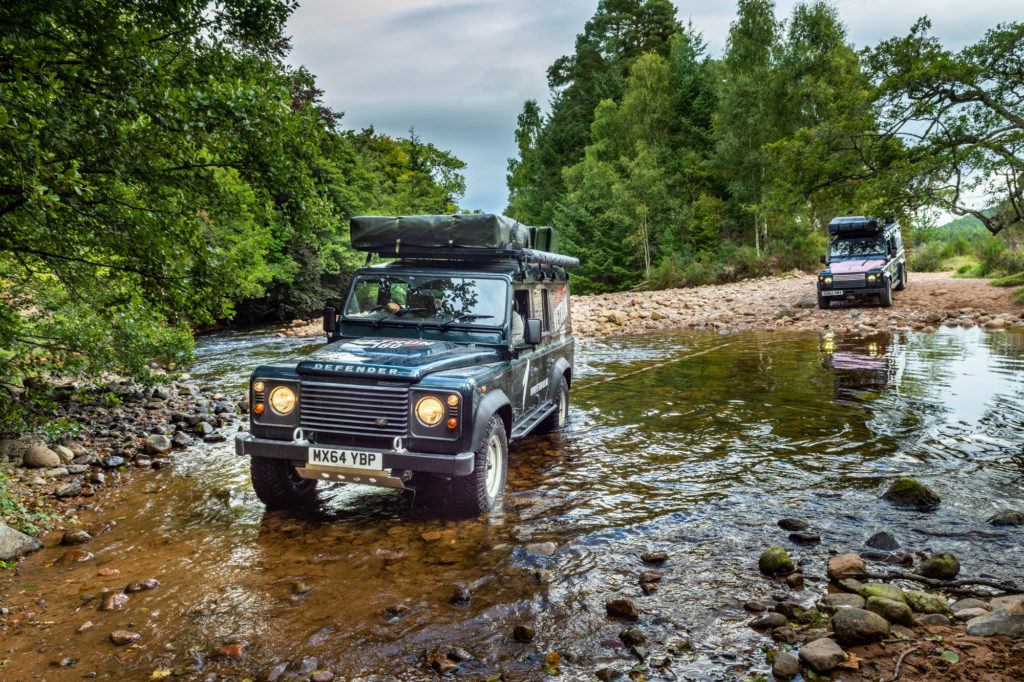 The team leader Ross meanwhile served for 19-years and was medically discharged in July 2015 but struggled to adjust to civilian life. After trying various jobs but finding nothing really worked for him, he saw an article in a local newspaper about VetRun180 and gave Matt a ring. Rocking up for his first expedition he says was like being back with his old Troop. The banter and teamwork was all there. Since then he hasn’t looked back and as he says there is always someone there to have a brew and a chat with when and if you need it.

It’s clear that these Land Rover based overland expeditions have a positive effect for all the veterans taking part. During and after an expedition, reports quickly come in that the guys have a more positive mindset and future outlook – as well as rediscovering a common bond, camaraderie and sense of purpose. Post expedition, these rekindled emotions live on and help to steer VetRun180 team participants onto further positive milestones on their personal roads to recovery. 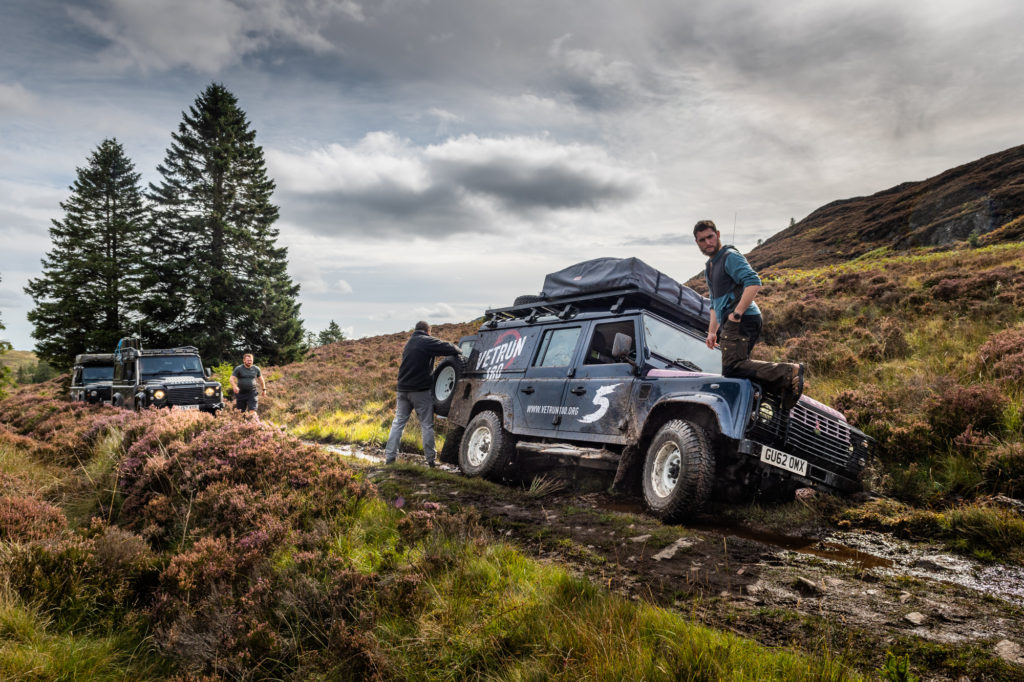